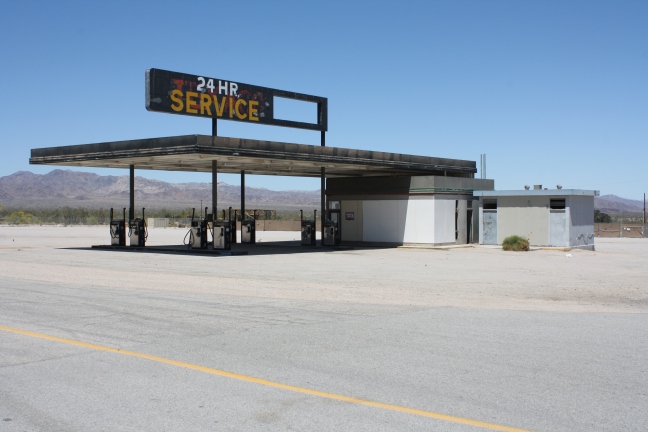 As does the one in autumn, the spring convention season offers me a chance to make the kind of money my writing does not (at least for now– all artists hope such arrangements are temporary, of course). It is important for my family’s finances, and given my circumstances I wish there were more shows where my services were required. It is tiring and I am away from my wife and my writing, but I can hardly complain about such demands.

During the fall the consequence of such work was a delay in the completion of my novel. Breaking the momentum of writing is a very dangerous thing, and doing so surely cost me more than the days I was on the road.

This spring, with my manuscript complete, the effects were far more sinister.

I am not so vain as to imagine that you worried about my absence from this blog. But I did. I am conspicuously conscious about the maintenance of this site, and it bothered me to have neglected it for so many weeks. Again, the momentum of writing is an important thing to keep properly fed. And I was not feeding it.

I am, it should be reconfirmed, capable of sustaining an almost obsessive level of work for long periods of time. I wrote my dissertation faster than almost anyone I know. and during the years I was working on An American Song there was hardly a day when I wasn’t either traveling or writing. I have always been good at establishing artificial deadlines and at focusing my energies towards meeting them, and even when I am writing material that might go into the waste-file a day after I write it, I am able to justify the effort as a part of my process.

But pitching a book is a different animal. Just like writing itself, it takes a great deal of effort. And from a financial standpoint, it has a far more defined purpose. But two things distinguish it. First, it isn’t art. It isn’t even scholarship. And in being neither, it fails to enliven me. And second– and I cannot stress this enough to all those scarred by their forlorn teenage years as inefficient lovers– it involves several-hundred metric tons of rejection.

For me, my spring workload was not only something of a relief, but a fount for the excuses I needed to let this cascade of failure wash over me. It isn’t as though I did no work. I did a lot of work on the opening of the book I will eventually write about my father, and I am in the active process of organizing the plot of my next novel, to the point where I even have the first few paragraphs down in writing. But I need to be honest with myself. I also found a lot of reasons to sit around in despair.

For Baudelaire, this type of ennui (of which he reportedly suffered greatly himself) is the bane not only of the personal self, but the crippler of the human race itself– the thing that if left unchecked will destroy the world. In “Au Lectuer” he wrote:

My translation, according to me limited (but growing!) understanding of French:

“In the vile menagerie of our vices, there is one more ugly, more wicked, more filthy! Though he pursues neither grand gestures nor great cries, he would willingly make of the earth a shambles, and in a yawn swallow the world. He is Ennui!”

The reason I have for so long had a disturbed affinity for Baudelaire is perhaps the same one the students whom I once dared to teach him to despised me for it. He has a knack for making the personal universal and the universal personal, and it almost always wants to make you throw yourself off a bridge that won’t be there 1,000 years from now because we are at heart a shallow, silly species that through convenience, leisure, and boredom will piss away all our greatest gifts. (Try teaching that to a bunch of teenagers who didn’t read because they were busy browsing Tinder while inverted above a keg of shitty beer.) In the past couple decades I have seen our communal ennui turn a blind eye towards the climate crisis, and in the past few years I have seen it undermine our democracy. And in the past couple months, I have known it to once again press my languid body into the overworn cushion of my couch as the days float by, my spirit too weakened to fend off my excuses of fatigue or business or self-excoriation.

I can’t say now that I forever forward swear off this habit. Ennui is not boredom, after all, regardless of how many poor translations suggest that it is. It is an affliction, an illness, chronic and insidious. Baudelaire could never kick it, and it is not unreasonable to say that it had as much to do with ending his life prematurely as opium and alcohol and poverty, so that the aphasia he suffered between his stroke and his death two years later was a kind of synthesis of the great disease of his life. Those of us who deal with similar bouts of it and are too bothered by existential reality to dismiss it through a hedonistic perspective (i.e. too stupid to accept that said meaningfulness is best confronted with a conscious striving towards the achievement of joy) beat it off with sticks gathered from our free will, just as we do the depression, anxiety, and despair that lend it much of its strength. In other words, while those in despair over our polluted planet commit themselves to the work that might save it, we in despair over our polluted souls do our best to cleanse them through acts of creation and beauty. (And join our voices to the salvation of the planet, too . . . there’s nothing quite as existentially dire as a world going to shit.)

Which is all to say, my apologies for being gone so long. I hope you will hear again from me soon.

And screw you, Morrissey. I’ve graduated to Lou Reed.